Abigail Ellis joined the MENTOR Independence Region in 2015. She is responsible for setting the strategic direction, overseeing all operations, and garnering resources and support for MENTOR Independence Region. Since its inception, MENTOR IR has worked with nearly 1000 organizations to improve high-quality mentoring practices and impacting 270,000 youth and young adults in the greater Philadelphia area. In 2019 Ellis led the initiative’s expansion into Workplace Mentoring and School Relationship strategies.  Prior to joining the MENTOR IR, Ellis led the Campaign for Mentoring at United Way of Greater Philadelphia and Southern New Jersey, as well as efforts in data and outcomes and operational support. Ellis is also a 12 year veteran of Big Brothers Big Sisters Independence Region, starting the first school-based mentoring program in 1999 and most recently supporting the organization in Research and Evaluation. Ellis is a graduate of Temple University School of Social Administration, earning her Masters in Social Work, and received a BA in Sociology from Penn State University.  Ellis is also a proud Philadelphia Public School parent of two amazing kids. Adelaide Moschler joined MENTOR Independence Region in 2015. She has worked for Big Brothers Big Sisters Independence Region since 2013. Adelaide has worked in the learning and development field since 2009 and has worked in the nonprofit social services field since 2005. Adelaide served as a Peace Corps Volunteer in Mali, West Africa from 2003 to 2005. She earned a Bachelor of Arts in Political Science from Appalachian State University in 2002. Adelaide was born and raised in the Southern United States and has been living and working in Philadelphia since 2007. In her role as Manager of Learning & Development, Adelaide is our Lead Trainer, building the capacity and quality of mentoring programs and increasing the quality of mentors in our region.

Support a Generation of Youth 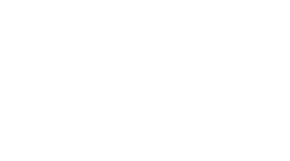